The snowflake generation is a phrase that was mentioned to me over coffee by a friend recently, ‘a generation that just melts,’ they said, ‘any sign of a problem and they are done’. When I was introducing growth mindset to the school, it was at the time this would have perfectly described a large group of children. The mere mention of writing a report brought a few to tears, an open-ended maths problem increased the need to empty the bladder for lots.

Before I began the process, I noticed groups of children who wanted the success instantly and the concept of hard work or grit was completely alien. However, I also knew a couple of displays about how the brain worked wasn’t going to resonate with these deep-seated thoughts, and it wasn’t just the pupils. The concept of accepting that something is hard and it’s ok, the very nature of resilience and working positively to achieve something was also not embedded in the thoughts of the staff.

Many colleagues ask me how to get this ethos in a school – the answer is it takes work and relentlessness; you have to continually lead it and model it and never let it go! As a team we worked hard on mistakes and learning from them. In assembly we looked at mistakes, identifying them and learning from them. 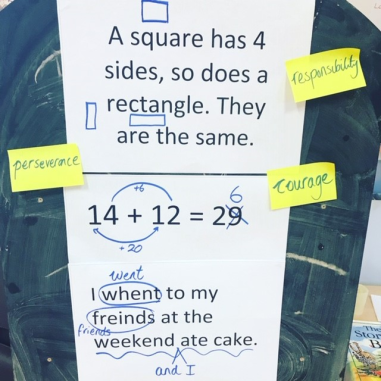 All adults around the school made mistakes and didn’t giggle or try to cover them up– instead they celebrated them and made them a teaching point. Even our office staff were encouraged to identify them and talk about them in front of the children! In each classroom, a mistake mountain was introduced; a place to celebrate mistakes. There was a massive shift in language from all the adults; they were enthusiastic about identifying their mistakes and very keen to show them off! 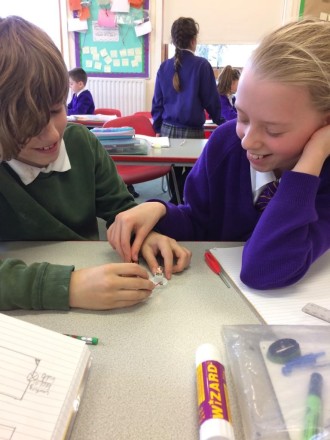 In the beginning, children were incredibly dubious to have their mistake displayed for others to learn from. They were very possessive over the eraser, the thought of not having one made some of them come out in a nervous sweat. After a few weeks of this particular growth mindset thread, they were not worried and wanted to identify mistakes rather than cover them up! The curriculum is child-led in the main which allows for investigation and more importantly, mistakes. We are continually giving children the opportunity to make them and learn from them, and this in turn builds their resilience.

Writing is the area people talk to me about the most, an area which requires resilience by the bucketload! Once children are established with the concept of mistake making, it makes it easier to embed a marking policy.

The marking policy means that all mistakes are identified and we don’t shy away from it – we face it. Every one is picked up and children are given time to learn from this – this is important learning time and is valued by everyone. In the younger year groups, no backwards k is let go or the odd escapee capital letter in a sentence, they are highlighted in yellow and children are expected to amend it. 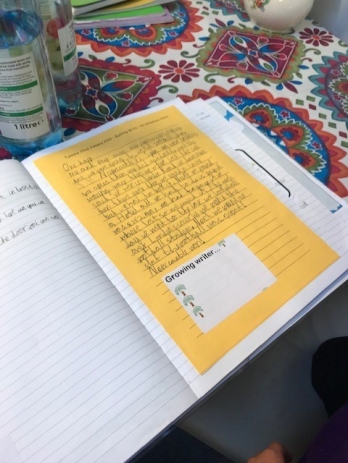 As a school, the children and adults identified the attributes of a learning hero – everyone loves a superhero cape! The main points were perseverance, hard work and after this period of transition – mistakes! The children really think now that learning from your mistakes makes you a learning hero. This is impact and should be celebrated. Every half term a group of learning heroes are nominated by staff and children. We also nominate adults, children need to know that just because you can drive a car doesn’t mean you stop making mistakes – we all do it and they need to see all people around them learning from them.

Anyone who can identify a mistake and learn from it is a hero in my eyes! Give our children the tools to do it! 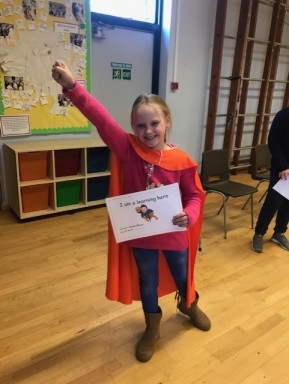 As a HT I make mistakes every day – I share most of them with my team and learn from most of them – be an ambassador for it. I made the mistake of forgetting my rollers were in when I stopped for petrol on the way home from a school WW2 dress up day! We all make them – embrace it. Happy mistake making!

Nikki Willis is a Headteacher and lead on Teaching and Learning. She is also an Early Years teacher and a trainer for Brentwood Collaborative Partnership schools. Her latest book Growth Mindset is out now. Follow her on Twitter at @chooselearning and Instagram Hellolearning.