How traditional tales can evolve into your own stories

I’ve just written a collection of traditional tales about shape-changers – Serpents & Werewolves – in which characters shift and change and transform, into wolves or snakes or birds or fish. But stories change too.

The stories in this collection are told in the best way I can tell them, the way that can hold audiences of children spellbound and silent. But that doesn’t mean the stories are in a final finished perfect form.

Traditional tales have always changed as they are told: changed to suit the voice of the teller, the ears of the audience, new times and new places. They’ve been changed by many generations of storytellers. Any traditional tale printed in a book is just one glimpse of that story, at one point in its constant and healthy evolution.

So I would encourage readers and audiences to take these stories and make them their own, by altering them, playing with them, questioning them, or by writing entirely new stories inspired by them.

I would encourage children to bounce off the words on the page, not be tied to them.

Because stories constantly change, and because no written version is the absolute definitive version, there is no one right version of a story. So there is no such thing as a WRONG version! You can do what you like with these stories, because they belong to all of us. Go wild, and have fun!

Here are a few ideas, adapted from the work I do with stories in schools and libraries, bouncing off the tales in Serpents & Werewolves:

Make the story your own
Storytellers don’t learn stories like scripts, they tell them in their own words, which often means changing the story a little (or a lot) as it’s told. I change stories all the time, but I believe each story has a heart, the aspect of that story that drew me towards it. I’m happy to change lots of details round it, but I never change the heart of a story. However, different people often identify different hearts in the same story!

Try this:
Read The Laidly Wyrm and discuss retelling it.
What bits would you keep exactly the same?
Are there any bits you would miss out?
What bits would you change (and how?)
What’s the heart of the story, the one moment or idea which makes it special and different and memorable?
Do different people identify different hearts?

Happy Ever After?
I’m not keen on the ‘they got married and lived happily ever after’ ending (I once wrote an entire book of heroine stories, Girls Goddesses & Giants, and didn’t end any of the dozen stories with a happy ever after wedding!) I often tell a story to children and ask them if they’re happy with the ending, then discuss other ways the story could end, and consider which endings are most satisfying and fit the story most neatly. In Serpents & Werewolves, several tales end in ways suggested by children after I’d told my initial version, including the very sequel-friendly ending of Turnskin. Children often like endings that leave the story free to continue. They also tend to suggest much bloodier endings than I would consider, but traditional tales are, after all, designed to let us explore the dark as well as the light in stories.

Either side of Once Upon a Time
Stories are a slice of time, set in a world we assume existed (in the imagination!) before the story started, and after the story ends. You can take a story and consider what happened beforehand to set the events of the story going, and what happened afterwards. Children particularly enjoy writing what happened next (not just children – it’s the impulse that inspires all my novels!) But you can also have fun working out how the characters got to the start of the story.

Try this:
Read The Frog, The Flies And The Frying Pan, then discuss
Before the story started –
How did the young man annoy a witch to get changed into a frog?
After the story ended –
Did he get changed into anything else?
Did he come back?
Did the girl go off and have adventures of her own? 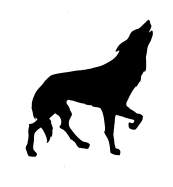 These are a just few ideas for bouncing off old stories creatively. I’ve suggested specific stories to use for each activity, but you can use most stories for most of these activities. The activities can evolve too, just like the stories!

The magic, characters, images and storylines in traditional tales are the building blocks of so much of our culture. I hope you have fun using them to build your own stories. And I would love to hear about any new stories inspired by the tales in Serpents & Werewolves!

Lari Don is a storyteller and author, who lives in Edinburgh. She has written various collections of myths, legends and folktales, including Girls Goddesses & Giants, Winter’s Tales and the newly published Serpents & Werewolves. She has also written adventure novels for 8-12 year olds, inspired partly by Scottish legends and folktales, including the Fabled Beast Chronicles. She loves sharing her favourite traditional tales with live audiences, and encouraging children to use old stories to find confidence in their own imagination. More information on www.laridon.co.uk, including contact details if you have any questions about the activities above, or would like to show Lari what you do with the shape-shifter tales in Serpents & Werewolves!